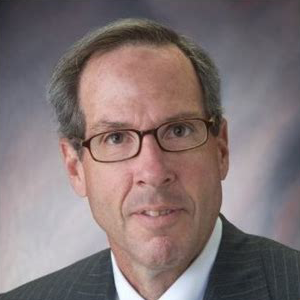 Dr. Lawrence R. Wechsler joined the University of Pennsylvania in 2020 as Professor of Neurology at Perelman School of Medicine He was formerly Henry B. Higman Professor and Chair of the Department of Neurology at the University of Pittsburgh School of Medicine and Vice President for Telemedicine, UPMC. Dr. Wechsler developed and implemented the telemedicine program for acute stroke assessment at UPMC. Telemedicine has been implemented since 2006 in all UPMC system hospitals in order to provide access to acute stroke assessment and treatment by faculty of the UPMC Stroke Institute. Additionally, several other non-UPMC facilities now utilize telemedicine for stroke care. The vascular neurologists at UPMC provide 24/7/365 coverage via 2-way audio and video communication at community hospitals. Since the inception of the Telestroke service at UPMC, stroke patients have been evaluated with outcomes the same as expected for patients treated face-to-face. In addition to Telestroke, UPMC has expanded telemedicine to a number of specialty services lines across multiple locations and has active Teleconsult centers across several locations in Western Pennsylvania where patients can be scheduled to have a virtual visit with a specialist from Pittsburgh.
Dr. Wechsler received his A.B. from Harvard in biology and his M.D. from the University of Pennsylvania. He completed neurology residency and fellowship in cerebrovascular disease at Massachusetts General Hospital in Boston, MA. He holds memberships in several organizations, including the American Neurological Association, American Stroke Association, American Society of Neuroimaging and the American Academy of Neurology. Dr. Wechsler has authored and co-authored numerous articles related to stroke and stroke therapy. He participated as an investigator, steering committee member and advisor to multiple stroke trials and served on numerous committees for national organizations including the American Heart Association, American Academy of Neurology and the American Society of Neuroimaging. He was President of the American Society of Neuroimaging from 2009-2011 and Editor-in-chief of the journal Neuroimaging from 1998-2006. He is a fellow of the American Neurological Association, American Heart Association, American Academy of Neurology and American College of Physicians.