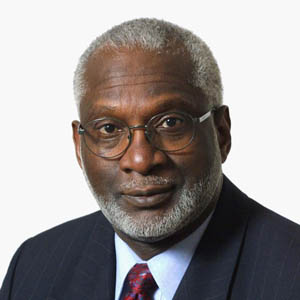 David Satcher, MD, PhD is a physician-scientist and public health administrator with an extensive track record of leadership, research, and community engagement.  He is a Phi Beta Kappa graduate of Morehouse College and holds MD and PhD degrees from Case Western Reserve University, where he was also elected to Alpha Omega Alpha Honor Society.  Dr. Satcher served as the 16th Surgeon General of the United States (1998-2002) and the 10th Assistant Secretary for Health in the Department of Health and Human Services (1998-2001).  He also served as Director of the Centers for Disease Control and Prevention (CDC) and Administrator of the Agency for Toxic Substances and Disease Registry (ATSDR).   Dr. Satcher has also held top leadership positions at the Charles R. Drew University for Medicine and Science, Meharry Medical College, and the Morehouse School of Medicine. He has received over 50 honorary degrees and has received numerous awards from diverse organizations and agencies. Currently, Dr. Satcher is the Founding Director and Senior Advisor for the Satcher Health Leadership Institute at the Morehouse School of Medicine, Atlanta, Georgia.